In this post we will look at James Hubberstey and Anne Swarbrick. James was born in 1780 and he married Anne Swarbrick Feb 11, 1820. Initially I had a hard time trying to connect James to this line, despite lots of circumstantial evidence. Luckily the connection was confirmed by an old copy of a family tree passed on by John.

At the time James married Ann in 1820 he was already 38 years old (by the marriage records), and at which time he was listed as a tanner, and Ann was 29. There is a possibility that he was married previously. It also looks like Ann may have remarried after James' death. We have an ANN (widow, aged 38 marrying James Waring, in 1828).

James and Anne Swarbrick had three children who were christened at St. Mary's RC in Fernyhalgh. They were Robert b. 1820, Helen (Ellen) b. 1821 (or 1824), and Maria (Mary) b. 1823. The wonderful pictures of some of their descendants seen below are courtesy of a living family member.

At the 1851 census Ellen (born Fulwood) and Mary (born Fulwood) were Dress makers and were lodgers at Preston. They both appear to have married in 1853, Ellen to John Turner (from Samlesbury), and Mary to John Grimbaldeston (from Highton).

Mary and John had 5 children (Ellen b.1854, Ann b.1858, James b.1860, Mary b.1862 , and John b.1864). Ellen was born in Samlesbury, the others in Balderstone. At the time of the 1861 census, the family was living at Hubberstey Fold and Richard (son of Robert Hubberstey and Mary Watson, and by then 72) was living with them (or perhaps more likely they were living with him). By 1871 the family was still together (census entry "Gumbaldeston" just to make it more difficult) including with Richard, although by then they were in Obaldeston at Stutlehurst (?) where they had 27 acres. 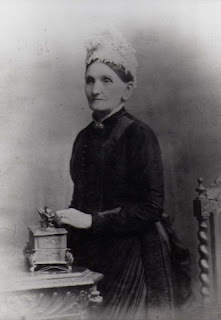 Robert (born Fulwood) married Ann Barton (b.1822, Osbaldeston - pictured at left) in 1846. By 1861 they were running an Inn, called the Bull's Head, in Blackburn. What is interesting is that the Inn was at #11 Salford Street, while at the same time John Hubberstey (son of Thomas Hubberstey and Barbara Hawksworth - Samlesbury line) and his family lived at #82 Salford! The other interesting thing about the 1861 census record is that there was a "John Hubberstey", age 30, and born in Broughton listed as a boarder. 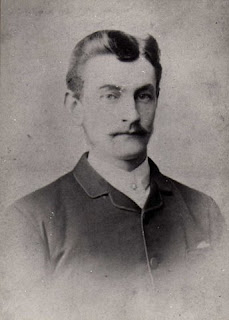 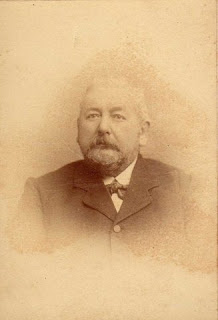 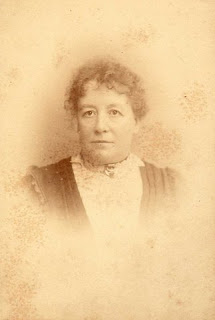 Two of John and Catherine's children headed overseas. John Joseph went to America and Robert to South Africa. Robert married Florence Emily Brown, a Huguenot, in Cape Town, in 1905 (He is pictured below in a photo taken in South Africa circa 1908 - he is second from the right). They had three children; Robert (1908-1975), Kay (b.1905) and Lilian (b.1906). 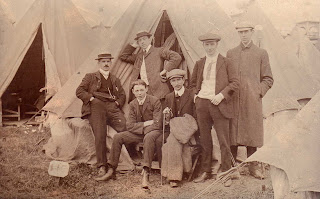 Son Edgar married Alice Swarbrick (interestingly a lady with the same surname as his great-grandmother!) in 1921. There were two children - John Richard (b.1921, d.1995)) and Phillip Gerard (b.1923, d.1993). Phillip did not marry, but John Richard married Margaret Hagel in 1947. Their 4 children are living Hubbersteys. 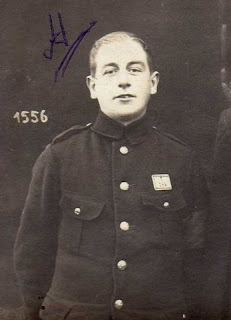 By the time of the 1891 census it is starting to be quite consistent that the family is referred to as "Hubbersley" (1881, 1891 and 1901 censuses). Also by this time James is described as a Commercial Traveller, Wine and Spirits and 2 more daughters have been added to the brood, Margaret (b. 1884) and Alice (b.1885), but Robert is not listed anymore. That gives a total of 7 daughters in the house (by now in West Derby).

At the 1901 census Ann is a widow (James having died in 1899) living with 4 daughters (Susannah, Cecelia, Helen and Margaret) in Seacombe, Cheshire (a total of 5 for the census). Between the two censuses Agnes Ann appears to have married William O'Donahoe (1892) and Catherine looks to have married John C. McGregor (1896). Susannah looks to have headed to Canada where she married Ralph Thomas Webster in Ontario.

It looks like James had a rather unfortunate accident leading to his death in 1899.


On Saturday February 11th (1899), a man fell to his death from the top deck of a horse car. The man, Mr J.Hubberstey, a commercial traveler from Liverpool, boarded the car at Salford Bridge at 9:50p.m. and. according to the conductor, Thomas Rauner, was under the influence of drink ‘..though not so bad as he could not look after himself...’. The passenger sat at the back of the top deck for the journey up Preston New Road. When the car reached Dukes Brow it pulled up at the stop, at that point Mr Hubberstey stood up and according to a witness walking along Preston New Road, the car gave a ‘slight jerk’ as it started off again, and the deceased fell over the handrail of the steps and into the road. The driver, Issac Birtwistle, stated at the inquest that after he pulled up ‘..none of the horse gave a jerk...’ The jury at the inquest returned a verdict of ‘Accidental Death’

Son Robert reappears again in the 1911 census apparently having married Margaret Ackers in Liverpool in 1904. Also in the 1911 census we have Ann living with two daughters (Helen and Margaret) in Runcorn, Chesire. If Susannah went to Canada as mentioned above, that leaves only Cecelia unaccounted for.
Posted by GreeneTimes at 8:04 AM

Hi, i have just seen this on google and was wondering if you have a James Hubberstey born 1879 and died 11 November 1962 he lived at 56 Nimes Street Preston and was married to Mary Calderbank who is a distant cousin of mine. They had a son called James who was an engineer. Mary died in 1964 and lived at 3 Vicarage Lane Samlesbury, it has been very interesting reading about the Hubbersteys, it is not a name i have come across before.

Hi Beverley,
The post with Mary Calderbank and James Hubberstey is linked below. It is on the Alice Bamber, James Hubberstey line. There is a picture on the page of James and his brother John.
http://more-greene.blogspot.ca/2009/12/welcome-to-my-hubberstey-hubbersty.html
I had James and Mary having three children (Alice, Mary and James). Do you know if any of them had children?
We even have an Eastham in another line - Edith Eastham married Robert Hubberstey in 1934